Turkey initiates “An Appeal for Common Sense in Muslim world” 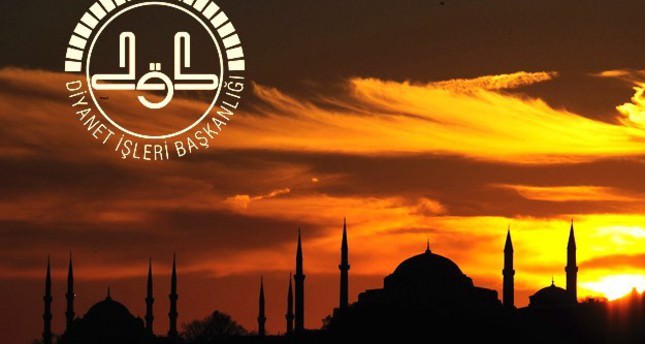 by AA Jun 18, 2014 12:00 am
Attempts to base conflicts in the Middle East on Islamic sects have reached serious dimensions that are threatening not only Iraq and Syria, but the whole Islamic world, Turkey's President of Religious Affairs Mehmet Gormez said in a message addressed to the Muslim world on Wednesday.

"The chaotic environment that is being experienced in the Iraqi and Syrian axis has fueled tensions to new heights with new events led by the situation in Mosul," Gormez said.

He warned that reciprocal statements that contain violence, declarations of jihad, threats aimed at the destruction of holy shrines, kidnappings and killings should be regarded as the pre-shocks of the approaching mass disasters.

"It is inevitable that the Islamic world will suffer permanent humane, social, religious and sectarian divisions if these events continue to escalate unabated."

Stressing that the Muslim identity is above all sectarian, dispositional and political considerations, Gormez has said that no structure should be allowed to spoil Islamic fraternity and unity.

"According to the Quran and the Sunnah (teachings and actions of the Prophet), the lives, the blood, the wealth and the honor of people are untouchable. Shedding the blood of a person unjustly is regarded as the greatest crime according to religion," he said.

Alienation of other religions unacceptable

There is no way to run a community on a structure based on religious, sectarian and ethnic principles especially as this community has existed for 1,400 years with all its differences, Gormez said.

"No one or no group can declare war against the beliefs, values and thoughts of others. Everyone should have the right to live freely on the lands they live in accordance with their historical accumulation."

"No Muslim group, faction or community can accept its own religious understanding as the truth and alienate other religious approaches and declare them unbelievers and condemn them to death. This is unacceptable."

Gormez has also emphasized that a structure that is being constructed on driving defenseless people, children and women from their homes and destroying them as the victims of a clash of interests cannot identify itself with Islam.

Fatwas of jihad a source of deep concern

Gormez has said a declaration of jihad of some sides against the other cannot be accepted.

"Because the Quran and the teachings and actions of the Prophet has never commanded a jihad that allows the shedding of the life and blood of a Muslim by another Muslim."

"The greatest jihad that the Muslims can declare today is the all-out jihad against ignorance, poverty, oppression, sedition and discord. No one can justify the creation of new wrong doings in the name of a jihad against oppression," he said.

Gormez said that it falls upon such scholars to strive to reconstruct the morals and rules of living together in peace by keeping in mind the religious, language, disposition and ideological differences that exist in the Islamic world instead of issuing fatwas that only serve to create divisions in the society.

"Today fatwas that lead to bloodshed have no value just as words that fail to extinguish the fire of sedition have no meaning. Failure to do this will push the Islamic world into an environment of crime and will turn the scholars into criminal accomplices."

Calling on the representatives of religious institutions and establishments to come up with initiatives to eliminate the polarization based on sectarianism in the regions of hot conflict, particularly Iraq and Syria, Gormez has said that The Presidency of Turkish Religious Affairs would be happy to lead such an effort of bringing together the Sunni and Shiite scholars throughout the world.

Gormez's message, titled "An Appeal to the Islamic World for Common Sense" and televised in Arabic language, has been translated into Turkish, Persian, English, French, German, Russian and Kurdish languages.