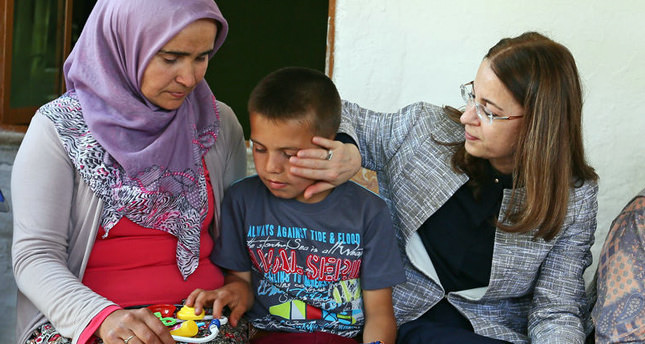 by AA Jun 18, 2014 12:00 am
Soma mine workers and their families are to receive payments from the government after complaining their salaries have not been paid since April.

The coal mine was the scene of Turkey's biggest mining disaster in May when 301 died. Owner Soma Holding had its assets frozen and the mine closed following the catastrophe. Several mine managers face negligence charges relating to the disaster.

The workers will be paid an amount according to their salaries and seniority in the company for as long as the company is inactive. The number who will receive the payments, from the state unemployment fund, is yet to be determined. The total expenditure will be reclaimed from Soma Holding.

The decision was passed by Parliament late on Tuesday as part of judicial reform legislation.

The bill also provides for a rapid review when a company is nationalized; an increase in prison sentences for cultivating cannabis and producing or smuggling drugs; a lengthening of jail terms for sexual harassment; and a maximum sentence of life imprisonment for the sexual abusers of children.