Erdoğan: Turkey in a better position than half of the EU members 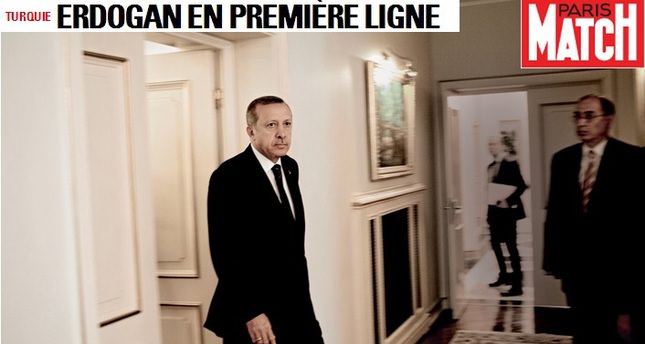 by Daily Sabah Jun 19, 2014 12:00 am
Turkey and Turks are part of Europe and Turkey's full EU membership objective has not changed despite an unfair blockage on negotiations, Turkish Prime Minister Reccep Tayyip Erdoğan said on his interview to "Paris Match" magazine Wednesday ahead of his trip to Europe.

"None can write the history of Turkey without Europe or the history of Europe without Turkey. The objective of Turkey to join the EU is a strategic choice that Europe must respond with the same strategic perspective" Erdoğan said in his interview.

Erdoğan said that the unfair block on some chapters have upset and discouraged Turkey. "But this has not created any change in our full EU membership objective" Erdoğan added.

According to Erdoğan, in terms of meeting the EU criteria for membership, : Turkey in a better position than half of the EU members countries.

Erdoğan said that after crisis that lasted for years in relations between Turkey and France during Sarkozy's presidency, a new page is being opened with Francois Hollande.

Turkey: Between EU and Middle East

In thread of sectorian division in Iraq after the fall of Mosul while ISIS lead military success in Iraq, Turkey feel it is not supported enough by EU.

"Europe seems to have turned in on itself, become introverted. The universal values which constitute its ideal are violated one after the other and keep silent as she did while the world face Syrian drama. Same way it does not show up any necessary reactions concerning Iraqi question." said Erdoğan.

Erdoğan left Turkey for Austria on Thursday to attend the 10th anniversary of the Union of European Turkish Democrats (UETD) in Vienna.