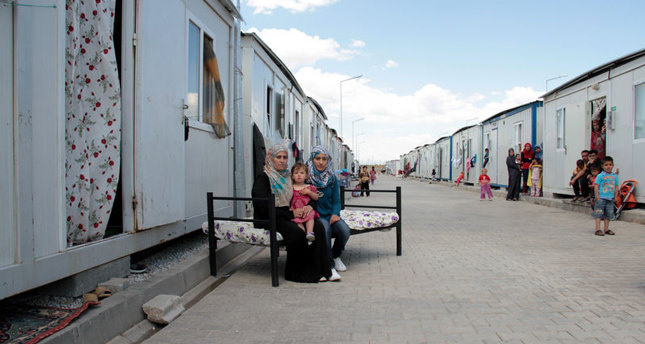 by Daily Sabah Jun 19, 2014 12:00 am
The number of Syrians who are housed in refugee camps and cities in neighboring Turkey has reached 1.05 million, Turkish Deputy Prime Minister Beşir Atalay told a news conference on Thursday.

Ankara has maintained an "open border" policy to refugees fleeing the conflict between President Bashar al-Assad's forces and rebels in Syria.

An estimated 9 million Syrians have fled their homes since the outbreak of civil war in March 2011, taking refuge in neighboring countries or within Syria itself.

According to the United Nations High Commissioner for Refugees (UNHCR), about 2.5 million have fled to Syria's immediate neighbors Turkey, Lebanon, Jordan and Iraq. 6.5 million are internally displaced within Syria.

Meanwhile, under 100,000 have declared asylum in Europe with a small number offered resettlement by countries such as Germany and Sweden.