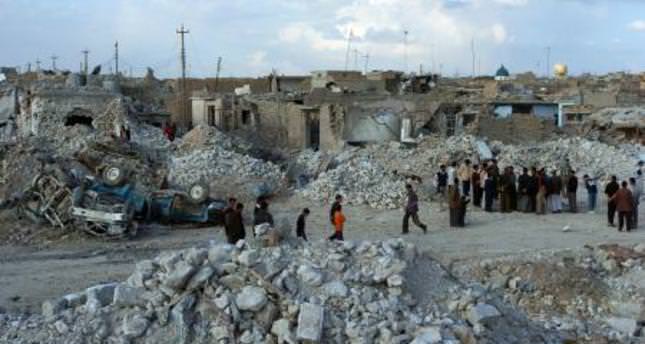 by AA Jun 19, 2014 12:00 am
Turkey will establish a tent city and send humanitarian aid sufficient for 20,000 people to northern Iraq's Tal Afar district, where many of its majority Turkmen residents have fled in the face of attacks from militants.

Thousands of Iraqi Turkmen have fled to other regions, mainly under Kurdish control, following the seizure of several cities by militants led by the self pro-calimed Islamic State of Iraq and al-Sham, known as ISIS.

ISIL seized the city of Mosul on June 10 and went on to capture other cities in northern and western parts of Iraq, advancing towards the capital Baghdad.

The Kurdish Peshmerga security forces took control of several regions where Iraqi security forces had withdrawn from and have been involved in much of the fighting against ISIS.

A Turkmen leader, Aydin Maruf, said that four trucks of aid had already arrived in Sinjar, a region near Tal Afar.

According to the Anadolu Agency reporter in the city, no armed clashes or bomb attacks have taken place in northern oil city Kirkuk in the last fortnight.