FM Davutoglu: Iraq needs a government who can embrace all factions 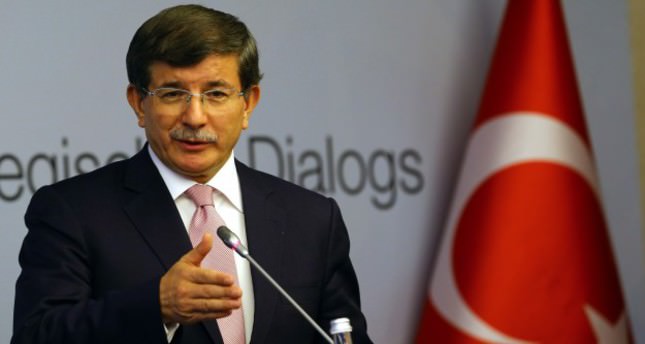 Turkish Foreign Minister Ahmet Davutoglu on Friday has flatly rejected accusations that Ankara has relations with the militant group Islamic State of Iraq and al-Sham (ISIS) at a meeting with his German counterpart in Istanbul.

"Turkey has not supported terror. We have no direct and indirect relations with any terror organizations. We reject violence," Davutoglu said adding that Turkey also rejects any link between Islam and terror.

He urged the international community not to show any kind of weakness against terror as "all kinds of terror is a threat," he said.

"We are against all kinds of terror and those who associate Islam with terror are making the biggest contribution to Al Qaeda," he continued.

The militant group, which already controls parts of Syria, has extended its reach into Iraq since June 10, when it seized Iraq's second-largest city Mosul and soon afterwards took near-complete control of the northern city of Tikrit. ISIS also controls parts of Anbar province in the country's west.

Davutoglu said that, "Our primary responsibility is that we should stop the war in Iraq, and the country needs a government who can embrace all factions in the country."

He affirmed that Turkey does not need any help from NATO against Iraq so far as "Turkey is not at risk right now."

German Foreign Minister Steinmeier voiced his opposition against foreign intervention in Iraq and called on Iraqi politicians to show efforts to bring the different sides together. "Otherwise, this tension will not disappear," Steinmeier warned.

Commenting on the three-years-old civil war in Syria spilling into Iraq, Steinmeier underlined the necessity for the re-start of Syrian talks, and proposed that the international community should find a person for the Syrian talks to replace Lakhdar Brahimi, the former special envoy to Syria, who resigned from his post last May.

Davutoglu ruled out any talks with Syrian leader Bashar Assad on Iraqi developments. "We can have discussions on the interim government for Syria," he said.

German FM Steinmeier also commented on Turkey's European Union process and showed his backing on the opening of the chapter on judiciary and fundamental rights.

Turkey started EU membership negotiations in 2005 but since then little progress has been made.