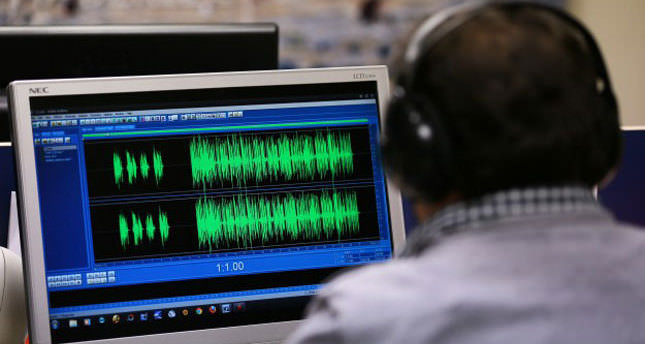 by Daily Sabah Jun 20, 2014 12:00 am
After a three-day long interrogation by counterterrorism units, 11 suspects -- who were detained as part of an investigation looking into the wiretapping of the Prime Minister Recep Tayyip Erdoğan's office and car -- were referred to Public Ankara Prosecutors' Office on Friday.

Eleven people--allegedly agents of the Gülen Movement including senior officials from the police department-- were detained on Tuesday in an investigation regarding the wiretapping of PM Erdoğan's conversations.

Simultaneous raids took place on Tuesday morning in Ankara, Istanbul, Diyarbakır, Yozgat and Karabük, resulting in 11 people being detained while Serhat Demir, a senior chief of police, was not detained could not be detained as he is currently abroad.

The investigation was initiated started after the discovery of a bugging device at the prime minister's office and official car, under the scope of the spying case, which was started initiated by Ankara's Counterterrorism Unit in cooperation with the prosecution office. The houses of the detainees were searched by security forces who obtained the necessary evidence.

The movement denies any involvement while Fethullah Gülen, could be facing extradition charges in the case he is convicted.
Last Update: Jun 20, 2014 12:14 pm
RELATED TOPICS