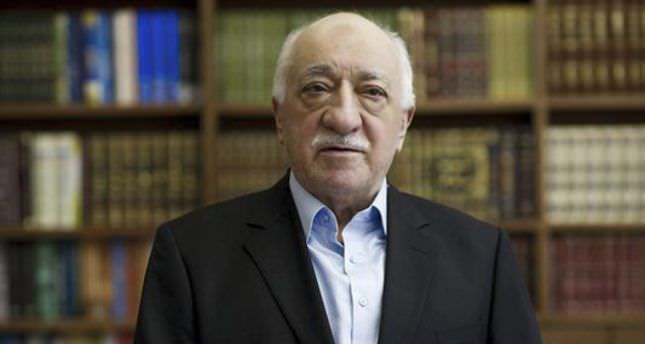 by Daily Sabah Jun 23, 2014 12:00 am
Speaking to the BBC on Friday , former top CIA official, Graham Fuller, admitted that he wrote a reference letter for the Gülen movement leader, Fethullah Gülen, after the FBI resisted granting him permanent residency status between 2006 to 2010.

The former top official and Middle East expert, yet claimed that there was no relation between the Gülen movement and CIA, during the BBC interview on his newly released book "Turkey and the Arab Spring: Leadership in the Middle East."

"The biggest critic directed towards the movement is their lack of transparency." Fuller stated when asked about the movements recent situation. "They have been regarded as a destructive and dangerous movement for decades but their psychology is changing now after the attack of the Kemalist state regime is over, they could not join the army and were not assigned to important positions. This picture is changing now."

I reacted when Gülen was on the brink of deportation

"When I wrote the reference letters to Gülen for U.S. residence permit, there were many Islamophobics and Kemalists leaked into the Turkish embassy in Washington who favor the deportation of Gülen since they thought he posed a national threat for the U.S.I reacted against that." Fuller said explaining his letter.

"I did not think Gülen or his movement would pose any threat against the national security of the U.S. as it was the most moderate and positive representative of the contemporary Islamic thought in the world." Fuller added.

"I regard the movement as a very positive force among other Islamic movements. I did not know what kind of data FBI had, but I saw that the concerns were groundless, I would write another letter again if required, I also wrote letters for other Muslims that took refuge in the U.S. during those days. I never saw any sign of a possible relation between Gülen and CIA." Fuller stated.

"It is true that Gülen avoids adopting a critical approach to the U.S. and Israel." Fuller said confirming the movement's policies in the west. "I personally think that it is a mistake for Gülen to abstain from criticizing the policies of the U.S. and Israel, but his supporters underline that Gülen is tolerant to all the religions so he does not like the routine anti-US, anti-West and anti-Israel tendency of the most Islamists. He thinks this tendency only harms Islam's image in the West."

"Kurds are the winners of the Arab Spring process, The ISIS and other jihadist groups reinforced the Kurds' de facto autonomy in Iraq. It is good that Turkey has changed its domestic and foreign policies regarding Kurds and does not see the autonomy of Kurds as a crucial threat to the country anymore, for the last 10 or 15 years, Turkey has been examining this movement more carefully and intellectually, now the Kurdish autonomy in Iraq supports Turkey both economically and politically. Iraqi Kurds could be good allies for the resolution of the problems of Kurds in Syria and Iran," Fuller said.

Erdoğan is the most influential politician
"I can't guess the answer" Fuller said when asked if he expects Erdoğan to be the next president. "It is required to accept that Recep Tayyip Erdoğan is the most influential political figure in Turkey despite everything, I could also say that Kurdish votes will have a large influence on the election," he concluded.

Graham Fuller is CIA's National Intelligence Council's former vice chairman, writer, and still works for RAND Corporation as a senior political scientist. He speaks Russian, Turkish, Arabic and Chinese. He has many academic works on Gülen movement, and he is also one of the figures bringing Gülen to the US. He is such delved in Turkey that he named his daughter Ankara. The ex-husband of his daughter is the uncle of the two Chechens that organized the bombings in Boston last year.