Weaving in traffic may land you in jail 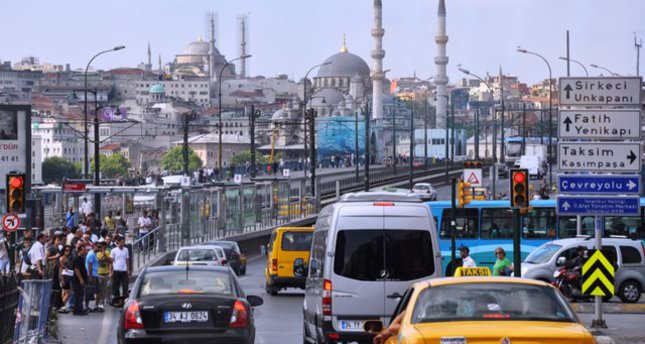 by Daily Sabah Jun 23, 2014 12:00 am
Drivers who weave through traffic and endanger the safety of others may face up to two years in jail and a fine of TL 1,400 if convicted, according to the new draft regulation prepared by the Turkish National Police.

The Turkish National Police drafted a new regulation that would bring prison terms of up to two years for motorists who weave in and out of lanes and endanger road safety. Weaving, one of the major causes of traffic accidents in the country, will be punishable with prison terms up to two years and a fine of TL 1,400 if the regulation is approved by the Interior Ministry and Parliament. The regulation will be based on existing laws in the Turkish Penal Code that regulate road safety rules, and the frequent switching of lanes in a way that endangers the safety of other vehicles will be defined in the new regulation as a danger in the ambiguous penal code articles.

Those violating road safety will be detected through cameras set up on roads. As is the case with other low prison terms, the sentence for weaving will be suspended and motorists will only go to jail if they are repeat offenders.
RELATED TOPICS