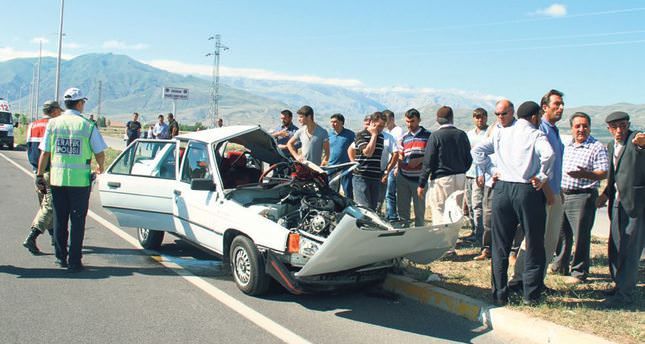 by Daily Sabah Jun 25, 2014 12:00 am
Traffic accidents continue to increase compared to last year despite improvements in infrastructure, according to Police Department figures released which show 1,204 people died in traffic accidents in the first five months of 2014.

Despite improvements in road infrastructure, fatal traffic accidents in Turkey have not died down according to the latest statistics released by the Turkish National Police.

Experts warn the death toll may increase in the coming years if measures are not taken to reverse the trend. Despite the construction of wider roads, incentives and laws to take aged cars off the roads and increased fines on motorists violating road safety, accidents are still common in the country. A rising number of accidents are being blamed on reckless driving, a rather common phenomenon in the country.

Turkey is among the countries with high levels of road fatalities according to World Health Organization (WHO) statistics despite comprehensive laws to prevent the accidents including enforcement of speed limits and measures against drunk driving.
RELATED TOPICS