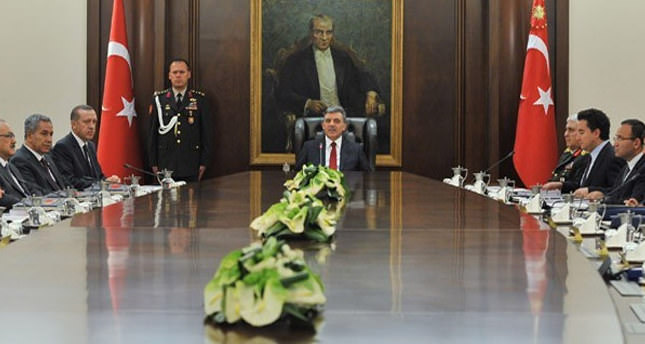 by Daily Sabah Jun 26, 2014 12:00 am
A National Security Council meeting that lasted five hours in the capital Ankara on Thursday addressed major issues, the top being the threat posed by the self pro-claimed Islamic State of Iraq and al-Sham (ISIS).

Militants linked with ISIS had abducted 49 people from the Turkish consulate in the flashpoint city of Mosul on Wednesday, one day after seizing 31 Turkish truck drivers.

Diplomatic resolutions in order to bring back the citizens safely were of major importance in the meeting.