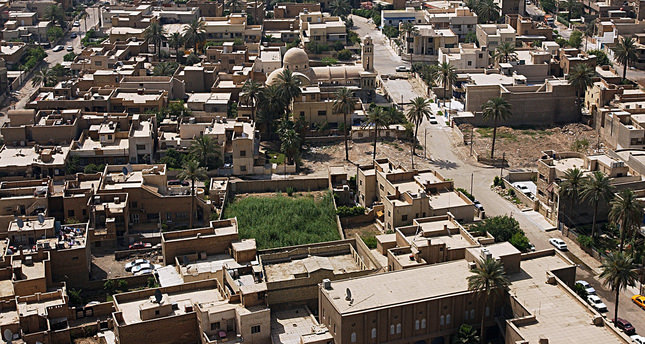 by AA Jun 26, 2014 12:00 am
It was noted by diplomatic sources that more than 9 thousand Turkish workers have fled from Iraq due to the state's internal conflict. The conflict between the Islamic State in Iraq and al-Sham (ISIS) and the Iraqi military forces are continuing in the provinces of Mosul, Kirkuk, Salahaddin, Anbar and Diyala. An increase in terror attacks and the militia's necessary involvment in order to stop the insecure state in southern cities, including
Bagdad, caused many Turkish firms and their workers to abandon Iraq.

According to data an Anadolu Agency (AA) reporter obtained from diplomatic sources, the 9 thousand workers from 300 Turkish firms working in fifteen cities, except for the Kurdish region in Iraq, have fled the country within the last 10 days. However, Turkish workers without proper work permits or labor contracts cannot get out of the country, and now the Turkish embassy in Bagdad is on a 24-hour alert to ensure the safe return of these workers to Turkey. The embassy is working to free various Turkish workers who are being held in prison in Iraq due to breach of visa rules.

According to the information obtained, so far about twenty Turkish workers who were held captive in prisons have been released and sent back to Turkey. Negotiations are continuing for the eight workers who are still in prison. Diplomatic authorities in Iraq underlined the risks Turkish workers are taking when entering Iraq without a work permit, or without contracts with the Turkish Employment Agency (İŞKUR), and without the proper approval from their workers; which means they are entering the country illegally. "This makes the Turkish workers illegal immigrants in Iraq and makes it harder for them to claim their wages and other rights. Any sort of visa violation is punished with three months in prison," said the source. The Ministry of Foreign Affairs had taken steps to facilitate the exit of Turkish workers from Iraq.

One of these steps was lowering the visa fee from $420 to $93 (TL 897 to TL 198). Turkey still continues to support the parties injured, and Turkish Airlines is applying a discount on flights and has also increased its passenger capacity.

The Ministry of Foreign Affairs has also stated that the security alert for Iraq is still valid as the violent clashes are still continuing without any sort of order in terms of security. According to the announcement from the ministry titles "Iraq Crisis Desk," the Turkish citizens in Mosul, Kirkuk, Salahaddin, Anbar, Diyala, Bagdhat, Basra, Babel, Najaf, Karbala, Vasit, Meysan, Kadisiye, Musenna and Diqar were warned against the life-threatening situation and it was recommended that they immediately leave these cities. Other citizens were also warned against not traveling to these destinations.
Last Update: Jun 26, 2014 11:08 am
RELATED TOPICS