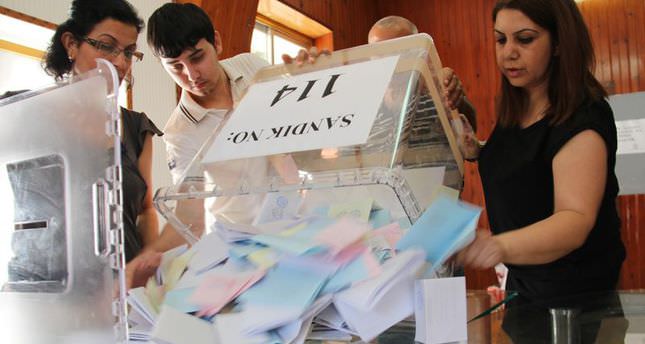 by AA Jun 30, 2014 12:00 am
Local elections in the Turkish Republic of Northern Cyprus were won by the ruling Republican Turkish Party, according to unofficial results announced by the Supreme Electoral Council.

The Turkish Republic of Northern Cyprus also held a referendum on constitutional reforms on Sunday.

The Republican Turkish Party won in 14 of 28 municipalities, with more than two-thirds of the electorate voting, according to Supreme Electoral Council President Nevvar Nola.

Independent candidates took seven municipalities, with five won by the National Unity Party and one each by the Democratic Party and Communal Democracy Party.

Turkish Cypriots rejected the constitutional amendments' package, with 62 percent voting against new rules on issues including children's rights, immunity of mayors and freedom of communication.

Prime Minister Özkan Yorgancıoğlu said he was disappointed by the rejection of the constitutional change as the parliament and President Derviş Eroğlu had approved it earlier.