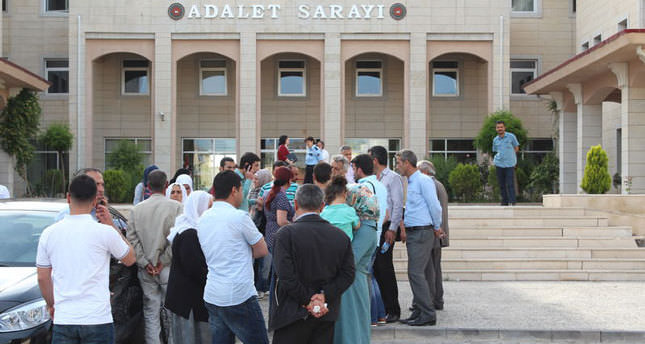 by Daily Sabah Jul 01, 2014 12:00 am
A Turkish court in the southeastern province of Dıyarbakır released on Tuesday ten 30 suspects who had been arrested on a charges of being linked to the KCK, an umbrella organization of the outlawed PKK.

After reviewing requests for release from the 30 people, the court freed due to "the time they were held under custody" and "evidence collected".

According to Turkish law the indictment carries a 3-10 year prison sentence for those convicted of "being a member of a terrorist organization" and "arranging illegal meetings and demonstrations."

A new amendment regulates the amount of time a person can be held pre-trial.