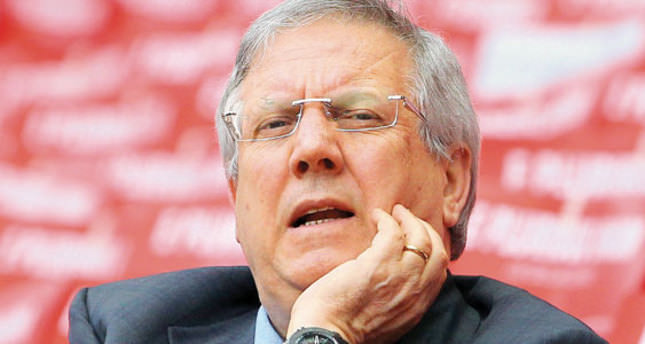 by Daily Sabah Jul 02, 2014 12:00 am
Turkey's Constitutional Court rejected an appeal filed by Fenerbahçe chairman Aziz Yıldırım, who stated in his appeal that his right to a fair trial in the match fixing case was violated.

The Constitutional Court's decision came a week after the 13th Istanbul High Criminal Court ruled for the retrial of several convicted suspects, including Yıldırım, in the match-fixing case.

The court has accepted the retrial of the suspects for charges of being a member of a criminal organization, while it rejected Yıldırım's demand for retrial on the grounds that the investigation was part of a plot against the convicted suspects.

Yıldırım, whose appeal into his six-year, three-month for the match-fixing case was rejected by Turkey's Supreme Court of Appeals in January, is facing at least two years in prison if the verdict stands.