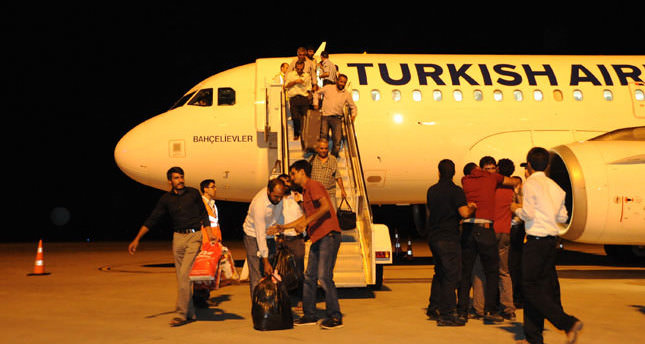 The ISIS has released all drivers but kept their vehicles and that Turkish authorities have taken all measures to bring back its citizens to the country. Turkish Foreign Minister spoke to press and said all drivers were received by Turkish consulate officials. Davutoğlu added that an airplane has left Istanbul to bring released truck drivers from KRG's Arbil airport.

Following the abduction of the truck drivers last month, the ISIS stormed the Turkish consulate in Mosul the following day and took hostage dozens of people including Consul General Öztürk Yılmaz, three children and 16 diplomats.