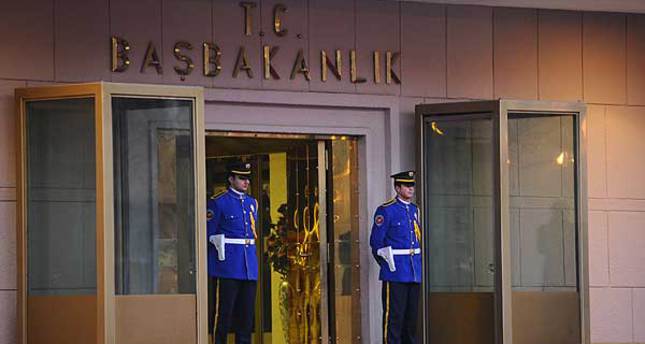 by Daily Sabah Jul 03, 2014 12:00 am
Prime Minister Recep Tayyip Erdoğan came together with Foreign Minister Ahmet Davutoğlu and Army General Hulusi Akar on Thursday in Ankara in a critical meeting held at the Prime Ministry.

The meeting took place after militants released 32 Turkish truck drivers who were captured during a lightning offensive across northern and western Iraq last month.

Foreign Minister Ahmet Davutoglu arrived towards the end of the meeting where regional issues, mainly Iraq's current situation, were discussed. Chief of Staff Necdet Ozel did not take part as he was on sick leave; Army General Akar took his place in the meeting.