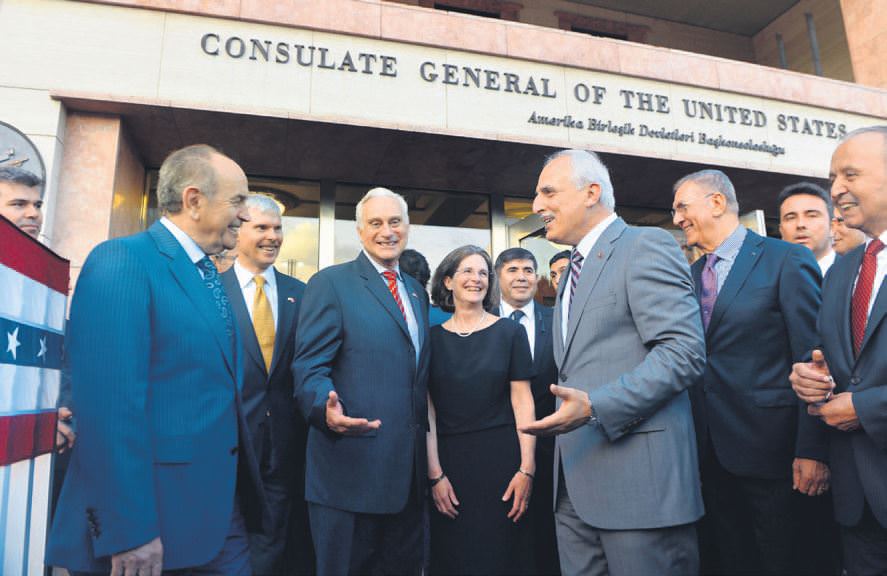 by Daily Sabah Jul 04, 2014 12:00 am
The U.S. Consulate-General in Istanbul hosted a reception to mark the 238th anniversary of the American Independence Day. The outgoing U.S. Ambassador Francis Ricciardone, Istanbul mayor and governor, dignitaries, leaders of religious communities, businesspeople, academics, NGO representatives and artists attended the reception in the consulate building in Istanbul's İstinye district on Wednesday evening hosted by Consul-General Charles Hunter.

Addressing the guests, a sad-looking Ambassador Ricciardone made a farewell speech. Ricciardone emphasized that the alliance of U.S. and Turkey was based on common interests and values and it considerably improved since the Cold War era. Ricciardone noted Turkey and the U.S. fought together against terrorism, international crimes, oppressive regimes, extremism and others threatening the freedom and prosperity of both countries.

He quoted a letter by Mustafa Kemal Atatürk, founder and first president of modern Turkey to U.S. President Franklin Roosevelt in 1937 and said, "Our respective countries cherish the same ideal which is universal peace and welfare of humanity." The ambassador praised Istanbul's beauty and said he hoped to return soon.
RELATED TOPICS