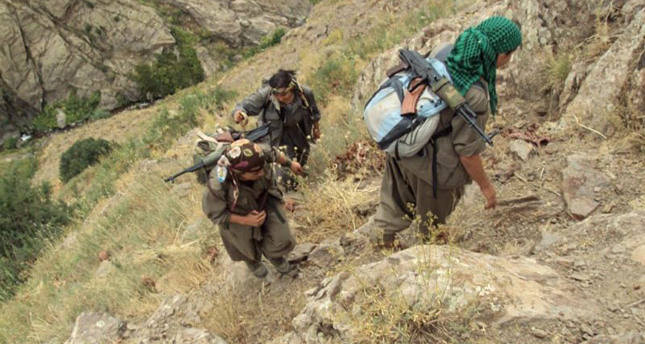 by Jul 05, 2014 12:00 am
PKK militants will begin a stalled withdrawal from Turkey into their safe haven in northern Iraq after parliament passes reforms aimed at ending a decades-long insurgency, local media reported on Saturday.

In an apparent bid to secure votes from the Kurdish community ahead of presidential polls in August, Prime Minister Recep Tayyip Erdogan's government submitted a bill to parliament last week that would remove a number of barriers to a final agreement.

The six-article package of reforms would grant immunity to key actors involved in the peace talks with the outlawed PKK, which was hailed as a "historic development" by the group's imprisoned leader Abdullah Ocalan.

The PKK, blacklisted as a terrorist organisation by Turkey and its Western allies, stalled its withdrawal from Turkey last year, accusing the government of its failure to deliver on promised reforms including constitutional recognition for up to 15 million Kurds.

Kurdish rebels will restart the withdrawal in September as soon as the government-led packages are stamped in the 550-seat parliament where Erdogan's AK Party has a comfortable majority, the Hurriyet newspaper reported on Saturday.

The withdrawal process is due to be finalised within 18 months, it added.

The second withdrawal by PKK militants will be subject to legal supervision unlike the first one that started in May 2013, according to the report.

However it remains unclear if the fighters will leave their weapons on Turkish soil. If they are left in Turkey, a monitoring board to be set up after the reforms are adopted will be tasked with overseeing whether they are stockpiled or destroyed.

The presentation of the reforms came shortly before Erdogan announced his candidacy Tuesday for presidential polls on August 10. Support from the Kurdish community is seen key to any outright victory in the first round.

Erdogan's government launched clandestine peace talks with the PKK's jailed leader Abdullah Ocalan in 2012 to end a conflict that has claimed about 45,000 lives over three decades.

The rebels declared a ceasefire in March 2013, but peace talks stalled in September after the insurgents said they were suspending their retreat from Turkish soil in protest of Ankara's failure to move on reforms.