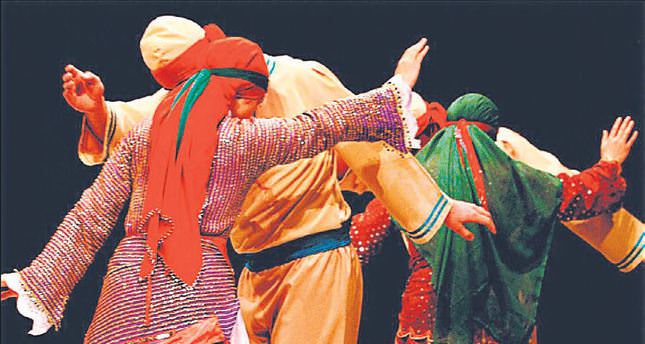 by AA Jul 07, 2014 12:00 am
For the first time in Turkey, the terms and phrases specific to Alevism were collated in a comprehensive dictionary by researcher and author Alper Çağlayan. The "Dictionary of Alevi Terms and Phrases" clarifies many religious concepts and phrases such as "bezm" (Alevi assembly), "çerağ uyarmak" (to light a candle while praying), "epsem" (silent), "etek tutmak" (to abide by an Alevi Dede's leadership) and "Hak-i pay" (the land on which an Alevi Dede steps).

Born in one of Turkey's Alevi villages, Çağlayan's interest in Alevism gradually increased as he grew up. The ambitious researcher found out that such expressions attributed different meanings in regions with high Alevi populations. "The differences cause misunderstandings among Alevis, which prevents effective communication," Çağlayan said to the Anadolu Agency (AA). He spent almost 25 years compiling the dictionary, which shows the different usages of terms and phrases in a short yet explicit way.

Certain cities in central Anatolia including Çorum, Çankırı, Ankara and Yozgat are referred as the "Çubuk region" in Alevi literature. The dictionary mostly explains Alevi worship practices such as the Cem ceremony based on those applied in the Çubuk region. Alevis mainly worship in assembly houses called "Cemevi" where women and men pray and dance side by side with musical accompaniment.

Çağlayan believes the dictionary will fill an important void within the Alevi community, adding that his study is the most comprehensive one up until now. "The interest toward Alevism among masters and doctorate students has flourished in recent years. The dictionary will be an important reference source for those studying in this field," Çağlayan said.

Supported by other academic circles, the dictionary covers 680 terms and phrases. Vice Chancellor Professor Osman Eğri of Hitit University, who presently coordinates the project "Alevi and Bektashi Classics" by the Turkish Religious Affairs Foundation said the values such as honesty, tolerance and mercy, which are also respected in God's presence, can be sustained by transferring them to younger generations. He further indicated a proper terminology is necessary to explain and teach concepts specific to a tradition. Eğri hopes that Çağlayan's extensive efforts will meet the longexpected need in literature.

Associate Professor Rıza Yıldırım at the TOBB University of Economics and Technology stated that researches and young Alevis had to learn specific phrases by orally, preventing them from comprehending the inner meanings. "The lack of comprehension causes changes or loss in the concepts' original meanings," Yıldırım said. Çağlayan's work will allow the general public to understand Alevis and their practices more in-depth.
RELATED TOPICS