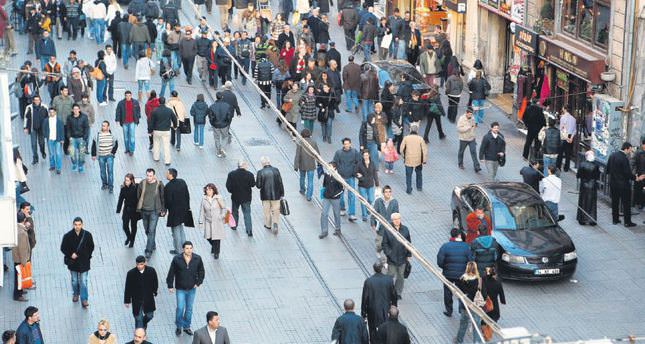 A survey by the Ministry of Family and Social Policies shows Turks are pragmatic when it comes to deciding who to marry, while family and religion replaced love as the most important factors when choosing one's partner.

The Ministry of Family and Social Policies Family Structure research was compiled from data based on previous surveys conducted in 2006 and 2011. Rather than love and good looks, marriage hopefuls seek other criteria in their bride and bridegroom prospects.

In a 2006 survey, both men and women were seeking to fall in love or to be loved by their spouse first and foremost for their future marriage. But a 2011 survey showed love, as well as good looks in spouses was replaced with preference of family types. For instance, if woman or man is from a conservative family, they prefer marrying someone from a conservative family. This is followed by the religion of the spouse as the most preferred criteria.

Having a job is the third most sought-after aspect in a spouse and being from the same religious sect, Sunni or Alevi for instance, follows it.
The research also shows women primarily prefer a man with a regular job and men prefer that their future spouse has not been married previously.
Most people in Turkey are married between the ages of 18 and 24 according to the findings. Though not widespread, preteen marriages remains at a concerning level of 3 percent. Fifteen percent of marriages fell within the age bracket of 15 and 17 according to the 2011 survey.

Arranged marriages are most common in the Black Sea provinces in the northern Turkey. The highest percentage of people who prefer marrying spouses of their choice instead of arranged marriages is in the Marmara region where Istanbul and other developed cities are located.

Eighty-four percent of men and women met their husbands and wives through family friends. Consanguineous marriages are still common according to the surveys. Their percentage in overall population dropped only 1 percent, from 22 percent to 21 percent in five years. People in those marriages were married off to daughters or sons of their paternal uncles or daughters and sons of other paternal relatives.

Most people marry those from the same hometown, particularly in the Black Sea provinces, according to the research results. Giving a dowry, the practice of paying a large sum of money to the family of bride, has survived though its practice decreased to 16 percent in 2011 from 18 percent in 2006.

A large percentage of people interviewed for the surveys strictly oppose living together without marriage or having children out of wedlock.