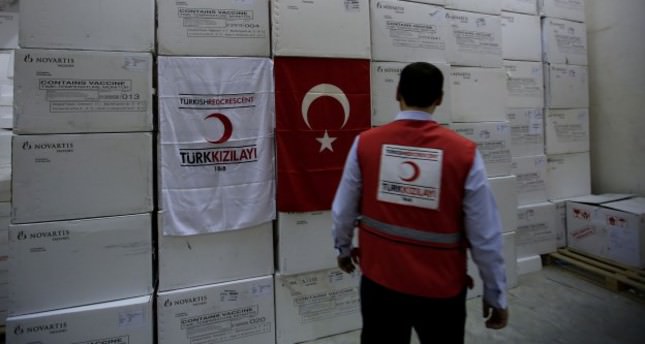 by AA Jul 07, 2014 12:00 am
Turkey's government agencies have sent a truck load of medicine and medical equipment to families affected by the violence in Iraq, foreign ministry said in a written statement Monday.

"Turkey is continuing its aid efforts to help the Iraqi people who have been affected by the clashes," the statement said.

A group of aid packages containing food and beds, which were sent to the city of Tal Afar by Turkish Red Crescent and Turkey's official disaster management agency AFAD on Friday, have started to be distributed to the displaced people, the statement added.

Iraq saw a marked increase in sectarian violence between Sunni and Shia Muslims in June, with a coalition of armed opposition groups led by the Islamic State of Iraq and the Levant (ISIL) having taking control of large swathes of the country's predominantly Sunni provinces.

The latest wave of insurgency began when ISIL-led militants captured the city of Mosul on June 9 and soon afterwards took control of a number of other key cities and towns including Tikrit, Tal Afar, Fallujah and Baiji.