Turkey calls on Israel to halt its assaults on Gaza 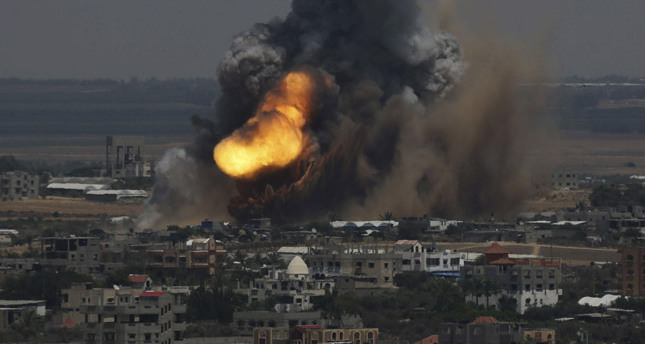 by AA Jul 08, 2014 12:00 am
Turkey has called on Israel to immediately halt its assaults on Gaza and asked the United Nations and the international community to rapidly intervene, the Foreign Ministry said in a written statement Tuesday.

"Israel's military operation in Gaza causes justifiable indignation against Israel and increases the pain of the oppressed Palestinian people who have lived under blockade for years," the statement said.

The ministry also called for restraint in the Palestinian territory which is highly volatile due to the recent tension in the region.

The latest escalation comes amid tension over the killing of three teenage Jewish settlers in the West Bank last month and the subsequent murder of a 16-year-old Palestinian in a suspected "revenge" attack by Jewish settlers.

The death toll from the Israeli assault on Gaza Strip has risen to 11 and 92 have been injured, a Gaza health official said Tuesday.

Israel announced the launch of a military offensive-"Operation Protective Edge"-with the stated aim of ending rocket fire from Gaza.

According to Israel, Gaza-based Palestinian groups have fired over 450 rockets into Israel since the beginning of the year.