New tent camp to be set up for Turkey's Syrian 'guests' 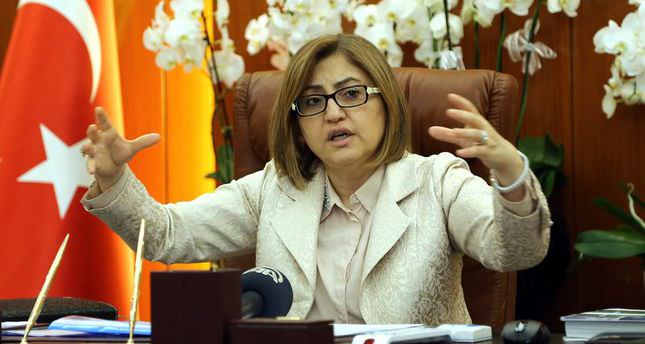 by AA Jul 09, 2014 12:00 am
A tent camp which will house 20,000 people will be constructed in İslahiye, a district in the southern Turkish province of Gaziantep, for Syrians who have fled violence in their homeland to neighboring Turkey.

Syrian refugees in Turkey, who are described as "guests" by Ankara, which has pursued an open-door policy for the displaced, are increasing in number as the conflict in Syria shows no sign of dwindling in its fourth year.

Gaziantep is struggling to cope with an ever- increasing number of Syrians. Over 33,000 Syrians in the province live at three tent camps and a "container city," a site composed of containers converted into housing units. Islahiye, where the next camp is planned, hosts a tent camp that houses over 9,700 Syrians.

Fatma Şahin, mayor of Gaziantep, says about 220,000 Syrian nationals live in the province but acknowledges this is only the official number, and it could be as high as 400,000. She says that the civil war in Syria has particularly affected Gaziantep in terms of the flow of displaced Syrians. "Tent camps are operated smoothly and address every need of these people from health to security. But living in the city, outside tent camps, is different," Şahin noted. "Displaced people with a higher income can easily adopt to life here and their needs are more manageable.

However, others, particularly those without enough money, senior citizens, disabled citizens, children and mothers are in constant need of social aid even though they live in the houses in downtown Gaziantep. So, we decided to accommodate them in a camp," she said. Şahin said the tent camp would also alleviate concerns of Gaziantep residents who often complain about the presence of Syrians.

Rumor of Syrians beating up children in a neighborhood of the city had fuelled a protest against Syrians last week. An angry mob attempted to storm shops and houses where Syrians lived and 25 Syrian nationals had to be evacuated by the police under tight security.

Though crimes involving Syrians are rare according to officials, their lengthy stay, especially in border cities has drawn the ire of some members of public over their impact on economy. The growing number of Syrians is driving up housing prices and the unemployment rate as some businesses tend to hire unregistered Syrian workers, many of whom accept lower wages.

Fatma Şahin said her municipality was burdened with the cost of providing aid to Syrians. "It is a huge task and we need additional resources, more funds. You cannot help people with the same amount of resources and funds while the number of people in need increases," she said.

The total number of Syrians in Turkey has already reached 1.05 million according to the latest figures. Over 218,000 people stay in 22 camps and container cities while the remainder are staying elsewhere across the country. Wealthy Syrians buy or rent decent houses in Istanbul and other cities while less unfortunate ones squat in abandoned buildings or live in makeshift tents in parks.
Last Update: Jul 09, 2014 3:22 pm
RELATED TOPICS