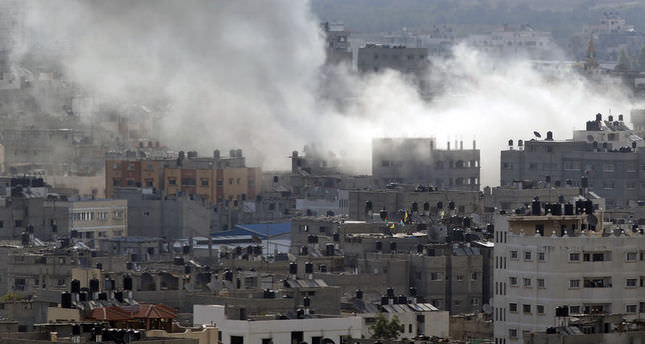 by AA Jul 15, 2014 12:00 am
Sixteen people out of a group of Turkish nationals who left Gaza amid Israel's continuous military onslaught have arrived in Istanbul.

A statement released by the Turkish Foreign Ministry on Monday said 28 Turkish citizens had crossed into Jordan the day before and 16 had arrived in Istanbul.

The remaining 12 wanted to stay in Jordan, the statement said.

The Ministry stated any Turkish nationals who wanted to leave Gaza should contact the embassy in Tel Aviv or the consulate in Jerusalem.

The latest fatalities in Israel's military operation have brought the number of Palestinians killed to 194 since Israel launched the offensive against the Gaza Strip – dubbed "Operation Protective Edge" – one week ago.

At least 1,385 Palestinians have been injured in the unrelenting attacks, which remain ongoing.

Since last Monday, Israeli warplanes have struck civilian residential areas across the besieged coastal enclave, which is home to around 1.8 million Palestinians.

Rockets have been fired into Israel from Gaza, but no Israelis have been killed.