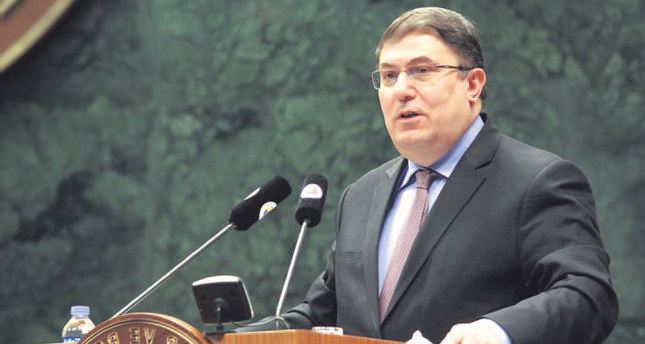 by Anadolu Agency Jul 18, 2014 12:00 am
Turkey has won a place on the executive board of the International Monetary Fund for the first time. İbrahim Çanakçı, undersecretary at the Turkish Treasury, was named an executive director, a statement from Turkey's deputy prime minister's office said on Thursday. The decision follows recent reforms to the fund's management to reflect the influence of emerging economies. "Turkey, for the first time in its history, has gained the right to directly participate on the IMF executive board," the statement said. It is noted in the statement that Turkey will takeover the directorate of its own country cluster in the executive board on Iov. 1 which is currently conducted by Austria.

The fund's executive board consists of fulltime directors based in Washington, D.C. and it plays an important policy role. The IMF loans money to countries with payment imbalances as well as monitoring the global economy and promoting economic co-operation, trade, employment and exchange-rate stability. The media-shy Çanakçı was appointed to the treasury's top post in May, 2003, and built a reputation among investors as aquiet anchor of stability, helping to bolster Turkey's international credibility. Turkey's government debt has fallen to around 36 percent of GDP from some 74 percent when Canakci first took office.
Last Update: Jul 18, 2014 1:10 pm
RELATED TOPICS