Curfew in Hakkari after deadly clashes 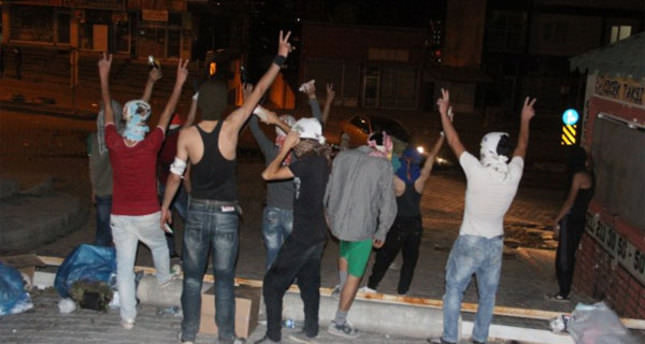 by Daily Sabah Jul 22, 2014 12:00 am
Officials in the southeastern city of Hakkari imposed a curfew in order to end clashes between two large tribes, the Pinyanişi and Ertuşi, which have killed one, injured six and caused serious material damage over the weekend.

A curfew was imposed in the southeastern Turkish province of Hakkari yesterday following violent clashes between two tribes. The Hakkari governorate declared a curfew starting at 7:15 p.m. on Sunday "to restore law and order after two days of tribal clashes."

One person was killed and six people were injured in clashes between the Pinyanişi and Ertuşi - two large tribes. The sole casualty of the incidents was identified as Mustafa Er, a member of the Pinyanişi tribe. Clashes erupted after a brawl between teenagers from the two tribes on July 18. Tribal members carrying sticks, knives and guns confronted each other in downtown Hakkari. Security forces dispersed the clashing sides but sporadic violence continued over the past two days. Shops, stores and cars in the city were damaged during the clashes.

Six people were detained in connection with clashes where about 700 people from each tribe fought. Security forces confiscated rifles and pistols in operations against people involved in the violence.

Kurdish tribes are influential in southeastern and eastern Turkey. Their members often number in the thousands and fights between tribes often result in blood feuds that continue for decades, with each side killing one or more members of the other tribe in retaliation. Political parties popular with Kurdish voters will send delegations to Hakkari to resolve the dispute between the two tribes.

In a related development, a clash between members of two tribes was also reported in Çukurca, a town in Hakkari province, but riot police dispersed the two sides by firing tear gas. People from rival tribes damaged shops and stores belonging to the other tribe.
Last Update: Jul 22, 2014 12:31 pm
RELATED TOPICS