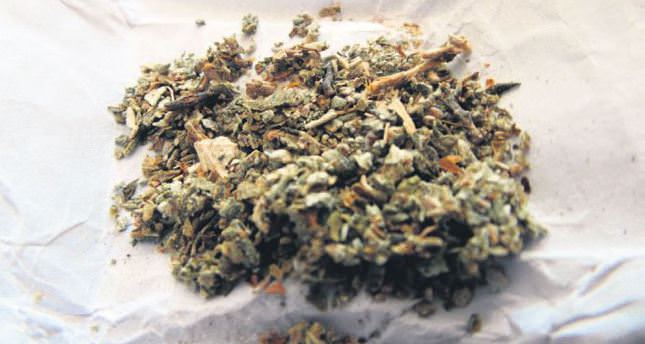 by Uğur Becerikli Jul 28, 2014 12:00 am
Bonzai, seen by authorities as one of the deadliest afflictions to strike youth in Turkey, has become readily available and cheap. Police are taking extra precautions to end its distribution and consumption.

Narcotics experts in the police force believe drug dealers are choosing bonzai because it is both cheap and very profitable. Bonzai, which is described as a synthetic cannabinoid, is produced in laboratories, unlike cannabis. Experts say the 50 kilogram of ingredients, seized recently in the western city of Kocaeli, could have been used to produce five tons of bonzai.

Reportedly, it is initially sold for TL 3 to 5 ($1.43 to 2.39) per cigarette to users and then the price is increased to TL 5 to 20 after the user becomes addicted. Often, the user dies from the side effects of the drug or starts using harder drugs. Due to its synthetic nature, the drug is said to be more harmful to the body. Like heroin, there is a danger of death from an overdose for first-time users. Police officials say bonzai's ingredients are brought from China or the U.S. and warn parents to be on alert against the drug that can be consumed just like a cigarette.
RELATED TOPICS