A chance from Turkey for crisis-hit Greece's doctors 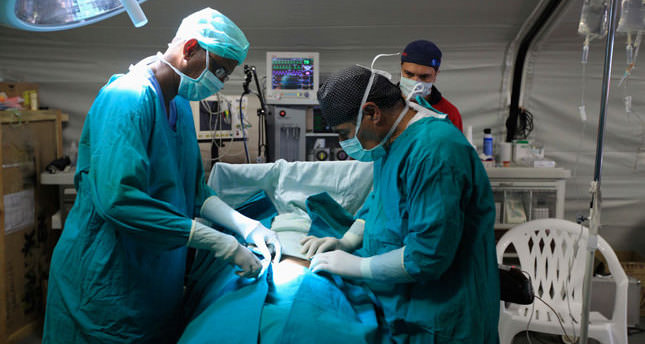 by Safure Cantürk Aug 01, 2014 12:00 am
Turkey has turned to Greece in search of doctors to help fill the country's understaffed hospitals. The economic crisis in Greece has left thousands of doctors underpaid and unemployed.

Graduates of medical schools in Greece will be invited to Turkey to work as resident physicians at universities in the country. The Turkish Ministry of Health will also permit foreign doctors to work in the staterun hospitals through new regulations. Foreign doctors are currently able to work only in private hospitals.

Minister of Health Mehmet Müezzinoğlu had formally conveyed Turkey's request for Greek doctors during a recent visit to Greece. Müezzinoğlu stated his ministry will coordinate the project with the Council of Higher Education (YÖK) that oversees employment of foreign lecturers, physicians etcetera and Foreign Ministry. Müezzinoğlu said the residency was a lenghty process in Greece and most medical school graduates had to wait to be admitted as residents. "Turkey will be able to overcome the shortage of physicians and resident physicians if Greek doctors are enabled to complete their training here," he said. He stated Greek doctors will learn Turkish during their training in Turkey and they expected most of them to stay in Turkey for work after the training due to the high demand for doctors and lack of job prospects in Greece. The minister noted Turkey currently needs 30,000 doctors.

A study published in April showed the number of doctors per 100,000 people is only 171 in Turkey, compared to an average of 346 doctors in EU countries. According to the latest figures, 129,383 doctors work in Turkey, a country of 76 million.

Turkey is struggling to staff its hospitals in the face of shortages. About 30,000 physicians are needed to address the shortage. The ministry predicts that the shortage will be overcome within five years.

The ministry has adopted new regulations in March to extend one month employment permits for foreign doctors at private hospitals for three months. The incentive is meant to end the brain drain of Turkish doctors with foreign citizenship working abroad. The ministry has also sent private invitations to about 2,500 Turkish doctors in various countries, calling on them to work in Turkey.
Last Update: Aug 01, 2014 1:38 am
RELATED TOPICS