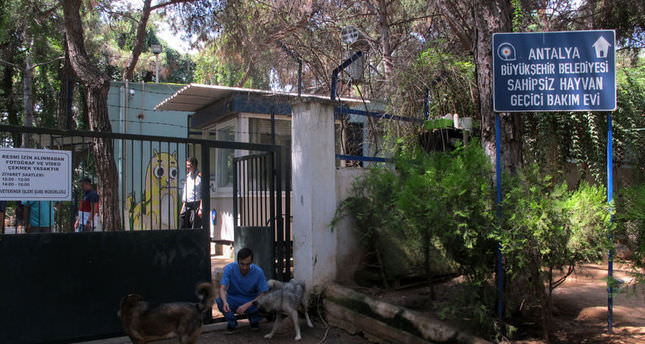 by Aug 01, 2014 12:00 am
The municipality of the southern Turkish city of Antalya has revealed a series of scandals surrounding animal deaths involving a municipality-run shelter during the tenure of former mayor CHP Mustafa Akaydın.

A municipality official said they discovered over 900 animals were euthanized despite not suffering from any diseases and over 2,400 animals died due to the lack of care at the shelter between 2009 and 2014.

Another scandal involved food for cats and dogs at the shelter. The local state authority overseeing food hygiene reported the food was not compatible with legal regulations and not fit for consumption. An investigation was launched into the company producing the food.

Sevda Kıraç, an animal rights activist who used to work at the shelter, claimed the shelter's manager Özgür Erkan was responsible for the deaths. She said the shelter had 71 rooms and 250 dogs initially, with the number rising to 800 over time. She claimed dogs started dying when 20 dogs were placed in cages that have the capacity to hold just four animals. Kıraç said she often warned the shelter and municipality officials but her warnings were ignored and moreover, the number of animals in the shelter were falsified in official reports to cover up the mass deaths.