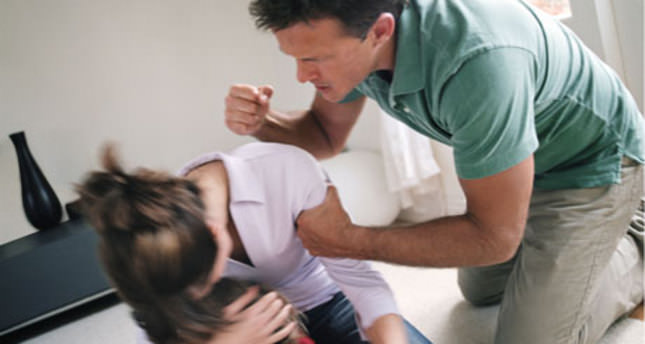 by Compiled from Wire Services Aug 01, 2014 12:00 am
The Istanbul Convention that came into force on Friday will grant refugee status in another country for women fleeing domestic violence and related abuses.

Turkey and other European countries including Albania, Italy, Montenegro, Bosnia and Herzegovina, Serbia, Austria, Spain, Andorra and Denmark ratified the convention while it will come into force in France, Malta and Sweden in the coming months.

One of the most important items in the convention is the obligation for signatory countries to amend regulations for asylum seekers to include women fleeing domestic violence and sexual abuse. It requires parties "to interpret the 1951 Refugee Convention in a gender–sensitive manner" for women "who may face certain types of persecution that specifically affect them." The signatory countries are obliged to facilitate asylum process for women escaping violence. "Victims of violence against women, who are in need of protection, regardless of their status or residence, should not be returned to any country where their life would be at risk," an official statement on the convention drafted by the Council of Europe reads.

"Violence against women remains one of the most widespread human rights violations which take place every day in Europe," said Nils Muiznieks, Council of Europe Commissioner for Human Rights, in a statement published this week.

The statistics provided by the Council of Europe show that domestic violence causes the death of over 10 women every day in Europe.
The convention also established a committee of observers to monitor signatory countries' compliance.

The Istanbul Convention was signed by 22 other countries as well, but they have yet to ratify it.

Gülsün Bilgehan, a lawmaker from Turkish opposition Republican People's Party (CHP) who contributed to drafting the convention while she has been serving as head of Council of Europe's Equality Committee called on the government to implement an immediate action plan for the convention to be effective. She said 129 women were killed in acts of domestic violence within the first six months of 2014 in Turkey. "Domestic violence is a problem that affects developed countries as well, but we face a dire situation in Turkey. Aug. 1 that the convention came into force should be turning point for us, and we should take steps to offer our women an international protection against the violence. Turkey should be determined to pursue the full implementation of the convention.

Amid the obligations the convention brings for the countries are penalizing psychological violence towards women and female genital mutilation, and acting as an accomplice for perpetrators of violence. The convention also orders countries to begin campaigns to raise awareness for gender equality such as educating students on the issue. Signatory countries will also be required to implement effective laws against domestic violence, and protect the victims as well as offering them therapy.