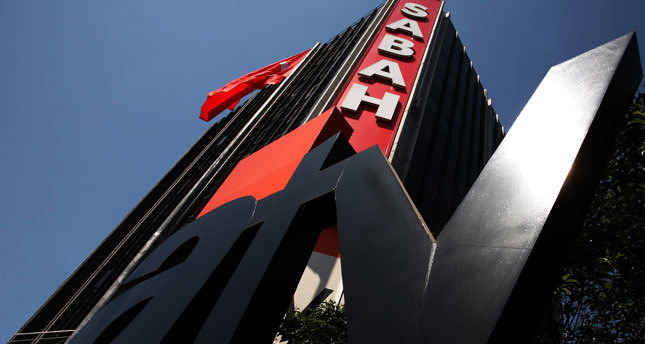 New research by a U.S. government agency shows Turks are "satisfied" with the state of media in Turkey, contrary to claims that media freedoms are stifled by the government

The Broadcasting Board of Governors (BBG), a U.S. government agency monitoring international media, held a survey in cooperation with the private Gallup company on Turkish media and Turks' view of the media.

The survey showed that Turkish media consumers fall into three main groups. "About half the media consumers tend to only watch TV news. About 32 percent watch TV and use the Internet for news and 20 percent are "super user" who get news from a variety of media platforms. Super users are more likely to be male, young, highly educated, and to live in urban areas" the report said.

Gallup interviewed a nationally representative sample of 2,020 adults, aged 15 or older living in Turkey, including a sample of 1,001 Kurds from Nov. 11 to Dec. 25, 2013. It is the first such report on view of the media in Turkey by the country's Kurdish population, according to the authors.

The most surprising element of the report is the data related to media satisfaction attitudes of Turkish people. The poll indicates that over 70 percent of the adults in Turkey are satisfied with the information the media provide, disproving severe criticism against Turkish media during last year's Gezi Park protests. Some media outlets were accused of biased coverage of the protests that escalated into riots from a peaceful environmentalist convention.

The research also showed that TV channel ATV is the second most important news information source in Turkey. ATV is also ranked first among the Kurdish audience when they were asked to choose TV channels they had watched recently, with an 87 percent favorability rate. It shared that rate with the private channel Kanal D while state-owned TRT followed them. TRT's Kurdish channel and private Kurdish channels are not popular among the Kurds who were interviewed for the research.

ATV, which is owned by Daily Sabah's publisher Turkuvaz Media Group, is a nationwide TV channel that began broadcasting in 1993. People familiar with ATV and Turkuvaz estimated the value of the group to be somewhere between $700 million (TL 1.4 billion) and $1 billion, according to an article by the Wall Street Journal published in 2012. Kanal D topped the list of most important sources of information for interviewees while TRT secured the third spot.

The section in the research about Kurdish media habits revealed that most Kurds speak Turkish at home rather than Kurdish and Turkish is the most-spoken language among Kurdish Internet users.

Almost every household whose members were interviewed for the research has at least one TV and TV dominates as the primary news source for most. Over 70 percent of interviewees said they have a working computer and over 67 percent said they have Internet access at home. Computer ownership and Internet access is relatively low among Kurdish interviewees who mainly live in southeastern and eastern Turkey. Those regions have seen little development, especially in terms of infrastructure, over the past decades due to security threats linked to terrorism.

Apart from accessing news, Turks use the Internet to listen to songs and watch videos. Their top Internet news source is Facebook, followed by Mynet, a popular news portal, and the Hürriyet daily website.
Last Update: Aug 01, 2014 1:31 am
RELATED TOPICS