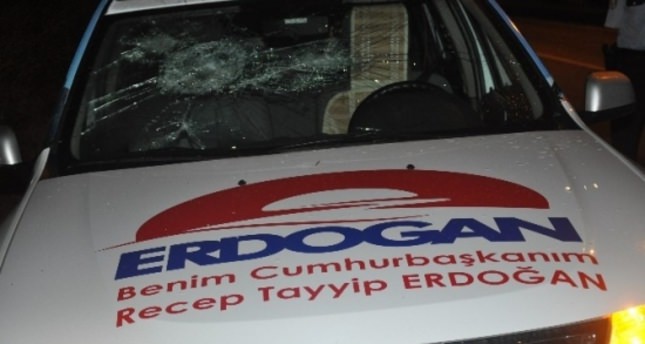 by Aug 06, 2014 12:00 am
Unidentified suspects wielding sticks and knives attacked an election campaign vehicle for Prime Minister and presidential candidate Recep Tayyip Erdoğan in the southern Turkish province of Adana.

Mustafa Elibol, owner of the vehicle adorned with pictures and logos for the campaign, said a car overtook him late Tuesday. "The occupants got out and approached me. They told me even the prime minister wouldn't be able to save me. They smashed the front window repeatedly and slashed the tires," he said. The Adana police have launched an investigation into the incident.