Turkey to raise funds for war-torn Gaza through TV 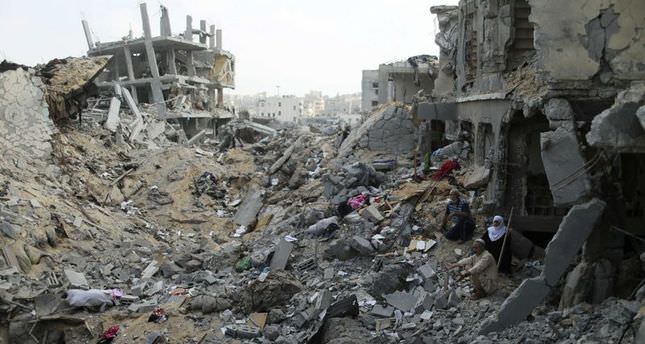 by AA Aug 06, 2014 12:00 am
Dozens of Turkish television and radio channels will broadcast a joint live fundraising event on Wednesday night to raise money for the Palestinian victims of the ongoing Israeli onslaught on Gaza.

The three-hour fundraising event, organized by the Istanbul-based aid agency Humanitarian Relief Foundation, will be aired on a wide range of private national and local TV and radio channels including TVNET, 360, Channel 24 and Beyaz TV between GMT 19:00 and 22:00, the agency said in a written statement Wednesday.

"Journalists, thinkers, intellectuals and civil society representatives from different backgrounds will take part in the broadcast along with guests from Palestine," the statement said.

The names of the donators will appear on the scrolling ticker across the bottom of the screen, it added.

According to the Palestinian Health Ministry, at least 1,867 Palestinians, mostly civilians, were killed and 9,470 wounded in Israeli attacks since July 7.

More than 475,000 Palestinians have been internally displaced within the Gaza Strip by the Israeli onslaught, according to a report by the Euro-mid Observatory for Human Rights, a Geneva-based NGO which operates in Gaza.

373,000 children in Gaza have had traumatic experiences as a result of the operations and need urgent psychological support, according to the United Nations children's fund, UNICEF.