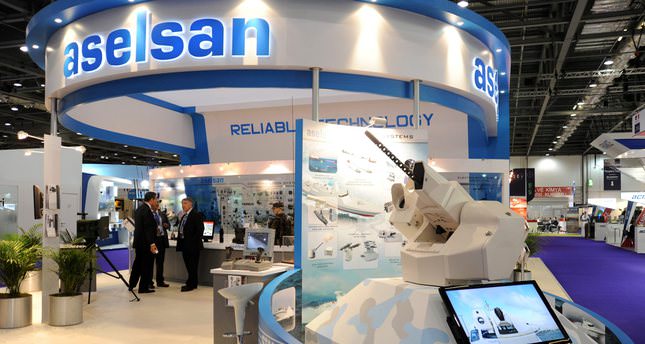 by AA Aug 06, 2014 12:00 am
ASELSAN, the leading Turkish defense systems producer, has climbed up the list of the world's top 100 defense giants, compiled by the prestigious U.S. weekly Defense News.

Global defense leaders on the list did not change compared to the previous year, with U.S. aircraft-manufacturing giant Lockheed Martin retaining the top spot as the world's largest defense contractor.

Ankara spent over $1 billion on defense research and development in 2013. Turkey's defense industry has gained momentum in recent years with the expansion of local producers and more domestic firms introducing new products to the market, contributing to Turkey's goal of relying more on domestic sources than imported products.

According to data from Turkey's Defense Industry Exporters' Union (SSI), Turkey's exports in the defense and aviation industries combined reached $1.39 billion in 2013.

Turkey's defense exports for the first quarter of this year have been valued at $322 million, a 20 percent increase on the same period last year, according to figures from the Turkish Exporters' Assembly (TIM).