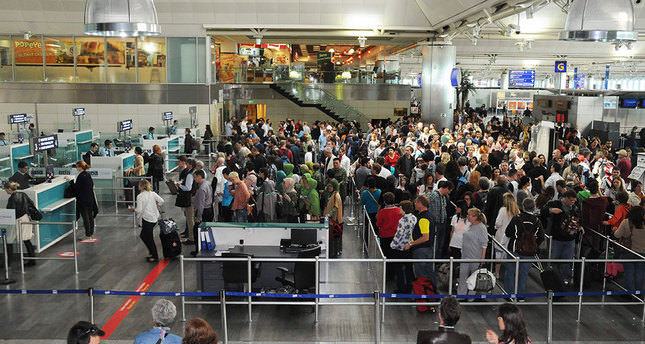 by AA Aug 07, 2014 12:00 am
Turkish citizens who fly frequently will be spared long queues at passport control in Istanbul's main airport from the end of August when two automated kiosks will be installed enabling travellers to scan their biometric passports.

The number of kiosks at Ataturk airport will be increased to six in the next three months, according to Turkeys leading airport operator, TAV Holding, who aims to install 24 by the end of 2015. Finger print and face recognition technology will be added to the system in the future.

Both TAV Holding and airport security declined to comment on when the system will be available for foreign passengers. Initially the system will only be accessible for the estimated 10,000 Turkish citizens who travel frequently.

Passport control officers will not be working at the kiosks, the statement added.