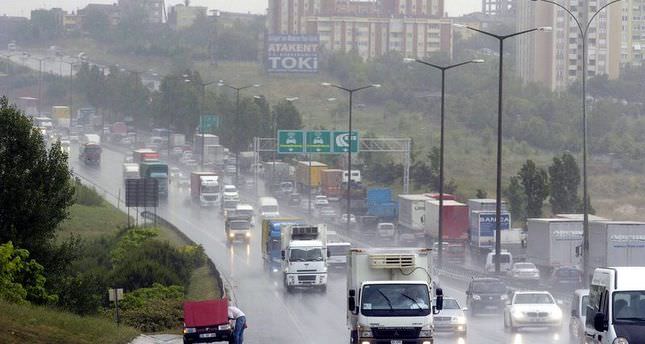 by Daily Sabah Aug 07, 2014 12:00 am
General Directorate of Meteorology has issued a warning on Thursday that Istanbul and the Marmara Region should expect heavy storms, hail and tornado.The Disaster Coordination Centre (AKOM) has called for a crisis meeting upon the warning.

According to images displayed on the Meteorology's website, the storm is slowly approaching the Marmara region from the Dardanelles. Officials expect thunder, lightning and state that water may block the roads while noting heavy winds may turn into tornadoes, posing a threat to roofs and signs.

A written statement from the press office of Istanbul Metropolitan Municipality has warned citizens against the risk of tornado and floods as they are expecting heavy rains throughout the day.

In an alarming move, the Metropolitan Municipality has also stated that they have prepared teams of firefighters, AKOM and others to respond to a potential crisis.