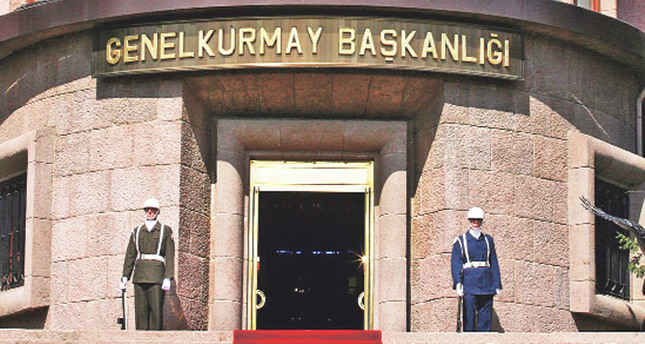 by AA Aug 07, 2014 12:00 am
The Turkish military has denied claims that Turkish aircrafts have crossed into Iraqi airspace.

In a written statement released Thursday evening, the General Staff said: "The allegations that Turkish warplanes conducted flights inside Iraqi airspace on August 7 do not reflect the reality."

Newspaper reports in Turkey have alleged that Turkish F-16 jets and drones had flown over northern Iraq to track the movement of ISIS militants.

Meanwhile, hundreds of Shiite Arabs fleeing ISIS militants, have been stranded at Erbil coach station for days as they wait to leave for cities in the south.

Having fled their homes, the displaced families don't have enough money to continue their journey.

An Anadolu Agency correspondent saw children are sleeping on cardboard on the concrete floor as they wait to reach Sulaymaniyah and Baghdad. A taxi from Erbil costs at least $80.

Fatma Abdollah said: "We left everything behind us and our homes are destroyed. We have been here for a week and lost our relatives."

Hamid Hassan, a taxi driver, said the journey between Erbil and Baghdad took at least 13 hours. "Even if they have enough money, there are not taxis and buses enough that would go to Baghdad due to the threat from the militants," he added.

In addition, Iraq's Yazidi minority is now facing displacement along with other minorities. They fled from Sinjar, near Mosul, after ISIS seized it on Sunday.

Around 60 Yazidis, including women and children, arrived in Uludere in Turkey's Sirnak province, late on Thursday and were taken to Silopi.

Turkey's Disaster and Emergency Management Directorate has said it will build a camp at the Habur border post between Turkey and Iraq for the displaced Yazidis, who are part of an ancient religious sect that is an offshoot of Zoroastrianism.