Turkish doctors heal wounds of Palestinians in Gaza through aid 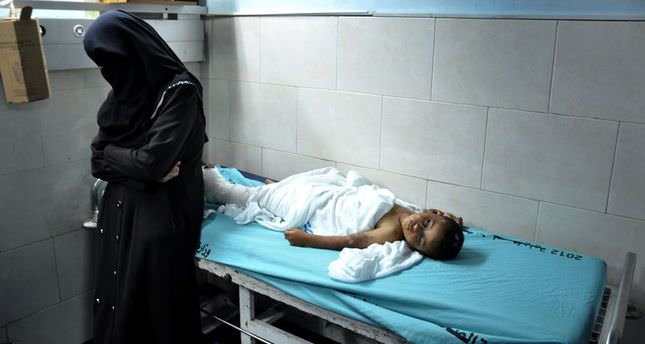 by Daily Sabah Aug 08, 2014 12:00 am
The Turkish branch of the U.K.-based nongovernmental organization Doctors Worldwide dispatched medicine and medical equipment to Gaza where a 72-hour ceasefire was in force from Wednesday to Friday.

Access to the Gaza Strip is still restricted for volunteers from international aid organizations. NGOs instead dispatch humanitarian aid for Palestinians suffering under a blockade. Doctors Worldwide cooperated with the Palestinian Ministry of Health and the UN's refugee agency UNRWA for delivery of medicine and medical equipment to Gazans. The nongovernmental organization allocated TL 1.5 million in cash and TL 4 million worth of aid as emergency humanitarian assistance to Gaza. The medicine, medical equipment and cash are delivered to 13 hospitals and 54 clinics operated by the Palestinian Ministry of Health.

Doctors Worldwide, in cooperation with the Federation of Islamic Medical Associations (FIMA), had dispatched 22 trucks loaded with medical equipment and medicine to Gaza via Egypt on the third day of the Israeli offensive.

The organization is now preparing a new project for rebuilding hospitals destroyed in Israel's attacks, surgery of those injured in the attacks and rehabilitation of the disabled. Doctors Worldwide Turkey director Dr. Kerem Kınık said they would provide psychological therapy for children between the ages 2-12 who were injured and/or lost a family member and relatives in the Israeli attacks.

Doctors Worldwide also launched an aid campaign for Gaza in which donors can donate TL 5 for every SMS they sent to 6612 in Turkey.

After a three-day ceasefire between Israel and Palestinian factions came to an end on Friday, violence flared again in the territory, with Israel resuming its airstrikes. At least 1,894 Palestinians have been killed since Israel started its offensive on July 7, and 9,817 have been injured. Gaza, where over 1.8 million Palestinians reside, has been under an Israeli blockade since 2006.

Doctors Worldwide has been providing medical aid to Gaza since 2006, and doctors from the organization have performed nearly 1,000 surgeries and provided countless medical examinations and treatments in Gaza since the start of the blockade.