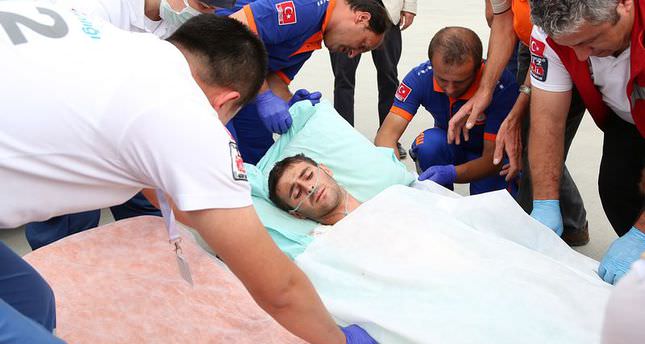 by AA Aug 09, 2014 12:00 am
Three seriously wounded Azeri soldiers have been transferred to Turkey for medical treatment, the Turkish Cooperation and Development Agency has reported.

The troops were injured in intense clashes between Azeri and Armenian forces over the disputed border between the two countries. In the fiercest fighting since violence broke out on August 1, 13 Azeri soldiers were killed and scores injured.

Azeri lawmaker Melahat Hasanova said the gesture was a "symbol of union and brotherhood."

After a six-year war over the disputed region of Nagorno-Karabakh, the two former Soviet republics reached a ceasefire in 1994. The truce has been disrupted by sporadic cross-border incidents but the clashes of the past week have seen the greatest number of casualties in 20 years.