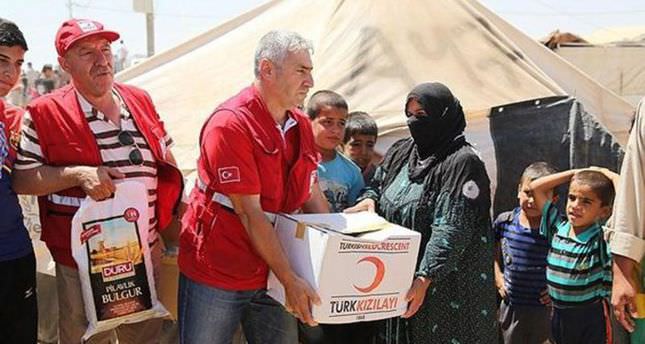 The medical organization has supplied food and bedding for 15,000 Palestinian families.

The Turkish Red Crescent has delivered aid for 15,000 families sheltering in United Nations schools in Gaza, the organization has announced.

The aid, which includes 3,000 food packages, thousands beds and water to provide showers, is part of 20 tonnes of aid for Gaza's beleagured civilian population, the Red Crescent said on Saturday.

The Palestinian Health Ministry said 1,904 Palestinians have been killed since Israel launched its Gaza offensive last month. More than 9,800 have been injured.

Violence returned to the enclave on Friday with the end of a three-day ceasefire between Israel and Palestinian factions.

At least 64 Israeli soldiers and three civilians have been killed, according to Israeli figures.