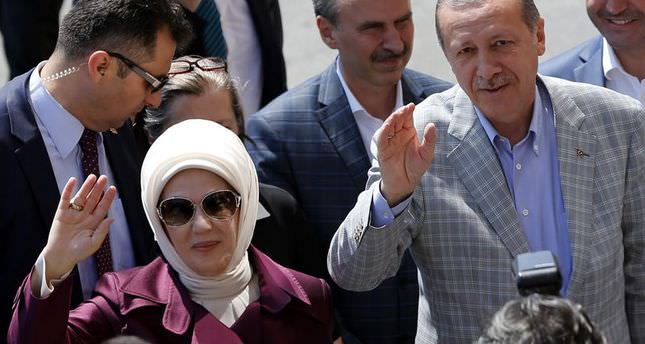 In a statement on its website, the Brotherhood congratulated the Turkish leader and wished him luck with his new post.

The group went on to note that ousted Egyptian president and Brotherhood leader Mohamed Morsi-currently in prison on criminal charges that his defenders say are trumped up-had also congratulated Erdogan through his office.

Morsi's adviser for media affairs, Ahmed Abdel-Aziz, sent a similar congratulatory message on behalf of the ousted president and his former presidential team.

Erdogan, an outgoing prime minister, was elected president on Sunday by an outright majority, securing 51.96 percent of the vote, according to unofficial counts.

Erdogan, who was elected to a five-year term, will take over the post from outgoing president Abdullah Gul.

Morsi, Egypt's first freely elected leader, was ousted by the army last year-and later imprisoned on a raft of criminal charges-amid demonstrations against his presidency.

Following his ouster, relations between Cairo and Ankara soured, with Egypt downgrading its diplomatic relations with Turkey to the level of charge d'affaires and recalling its ambassador from Ankara.