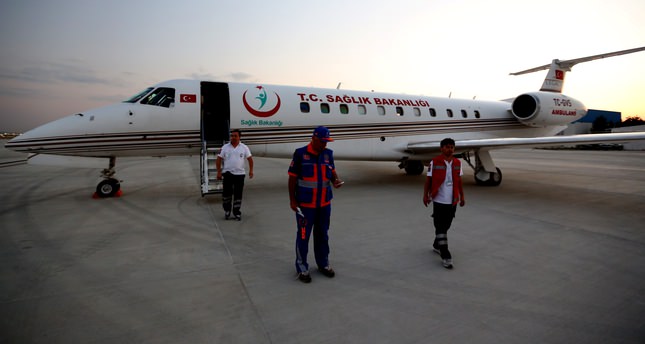 The ambulance, which departed from Ankara for Tel Aviv's Ben Gurion Airport in Israel late on Sunday, arrived in Turkey on Monday morning. Minister of Foreign Affairs Ahmet Davutoğlu along with Minister of Health Mehmet Müezzinoğlu have welcomed the wounded as they landed at Ankara's Esenboğa Airport.

More than 1,939 Palestinians have been killed by Israeli attacks on Gaza since July 7, while more than 10,000 others injured.

Israel stopped its attacks from Tuesday through Friday under an Egypt-brokered ceasefire of three days, but has been striking different parts of the Gaza Strip since the ceasefire expired.