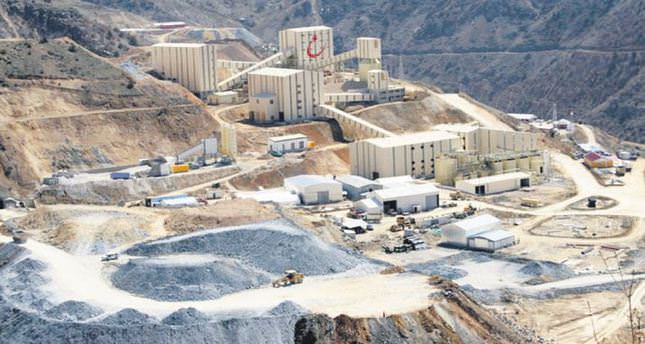 by Hayrettin Bektaş Aug 11, 2014 12:00 am
A court in the Black Sea province of Gümüşhane found the Koza Group, a company known to have close ties with the controversial Gülen Movement, guilty for destroying a village cemetery during mining. The court found the company's local mine executive Ahmet Deniz and the village's administrative committee guilty for complicity in the crime.

Reports stated that repeated applications by locals to the courts were overturned by prosecutors and judges linked to the Gülen Movement.

According to the Mastra chief administrator (muhtar) Alim Dabağ, during the relocation of the cemetery, between 100 and 200 graves were lost. Locals also submitted photos of bones being transferred in plastic bags and accused the company of sending armed men to intimidate them.

The court sentenced Deniz to a one-year imprisonment for "facilitating the destruction of a cemetery," but decreased it to 10 months before converting the sentence to a fine for alleviating circumstances.

The village's administrative committee members were sentenced to six months in prison each for allowing the outrage to happen.
RELATED TOPICS