Turkey to build 3 camps for Turkmens 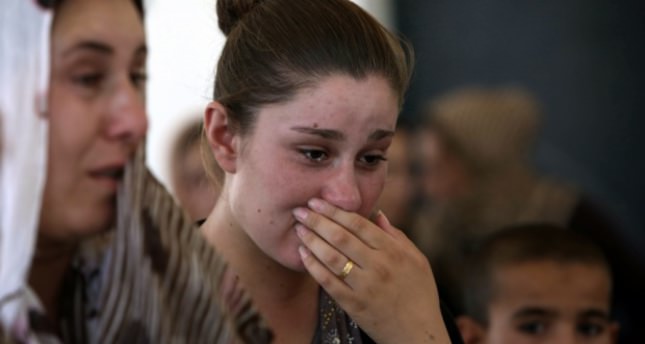 Turkey will build a huge camp in Kirkuk, with another in Zaho for Yazidis and a third tent camp in Silopi within the country The Turkish government has prepared a new aid plan for Turkmens and Yazidis fleeing from the Islamic State of Iraq and al-Sham (ISIS) onslaught in northern Iraq.

According to the plan, the Disaster and Emergency Management Presidency (AFAD) under the Prime Ministry and the Turkish Red Crescent will build permanent camps in three regions. Initially, two tent camps will be erected at Zaho and Altınköprü townships located between Irbil and Kirkuk, both in northern Iraq. The aim is to lessen the refugee flow toward Turkey. A third tent camp will be erected in Silopi in southeast Turkey for those who make it to the Turkish border.

Turkey, which was the first country to distribute humanitarian aid to Yazidis and Turkmens, will build a camp in Altınköprü that will have 5,000 tents. Turkish Red Crescent Chairman Ahmet Lütfi Akar said they would increase the number of tents if necessary. A logistics center in Gaziantep will arrange the food and aid flow to both camps, he said.

The camp in Zaho will house Yazidis. Akar said both camps will serve refugees without ethnic, religious or national distinction. He also said they continued to distribute blankets and food to refugees still on the road or in the mountains.

AFAD will take the lead in efforts to build the camp in Silopi. According to officials, another camp that was planned to be built in Duhok has been suspended for now because of the increased threat posed by ISIS militants.
RELATED TOPICS