Turkey uses all means to help Gaza and Iraq 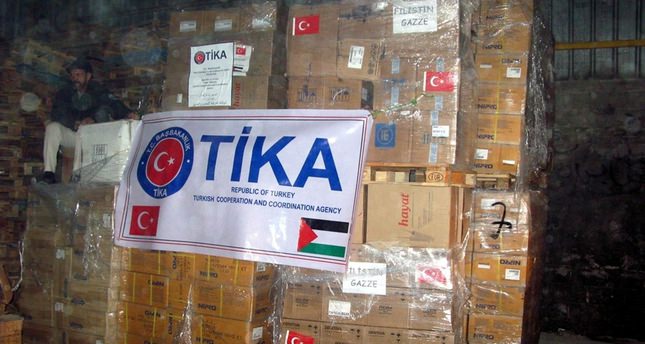 by Daily Sabah Aug 11, 2014 12:00 am
The Coordination Agency of Public Diplomacy (KDK) published some briefings on the humanitarian aid work carried out in Iraq and Palestine. Data is presented in an info-graphic prepared by the institution and is published in English, French and Arabic. Kurdish is among these languages in which an official document is published in this language within the Prime Minister's Office for the first time.

As the clashes continue in Gaza and advancement of ISIS in Northern Iraq is stricken by the U.S, the humanitarian crisis in these regions arise. Besides thousands of people loosing their lives and tens of thousands being wounded, many people are trying to survive in very poor living conditions. Turkey is exerting great efforts to assist the unfortunate people of these regions.

Turkey has sent a significant amount of aid to Iraq through institutions like the Disaster and Emergency Management Ministry of Turkey (AFAD), the Red Crescent and the Turkish Cooperation and Coordination Agency (TİKA). According to the info-graphic published by KDK, 103 trucks of humanitarian aid materials were delivered to Iraqi cities such as Irbil, Dohuk and Tal Afar. The aid materials composed of food packages for 31.772 families and 3.808 beds with 15.090 blankets. Konya and Adana Municipalities -in central and south Turkey- also contributed to these aid operations.

Info-graphic data illustrates the remarkable figures of aid made to Palestine too. According to these reports, since the beginning of the Israeli attacks, almost $13.000.000 amounting in aid was sent to Gaza with the coordination of AFAD, TİKA, Red Crescent and the Presidency of Religious Affairs. 56.000 people were catered with hot meals and 18 generators were donated as well as $720.000 amounting in fuel. Some NGOs also donated 25 tons of food and clothes costing over $3.000.000.

KDK has stated that besides Turkey's solitary efforts, Turkey is in cooperation with international organizations such as United Nations Relief and Works Agency (UNRWA) also continue.