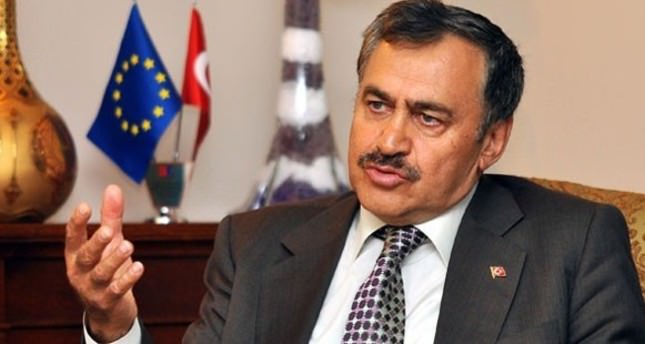 by Daily Sabah Aug 14, 2014 12:00 am
Turkish Minister of Forestry and Water Affairs Veysel Eroğlu reassured the public that the country and Istanbul in particular, will not face a water shortage.

Speaking at a press conference in Istanbul yesterday, Eroğlu said dams supplying drinking water were at 44 percent capacity and they were not concerned about drought. Eroğlu urged journalists not to disseminate "false" reports about water levels in dams supplying water to Istanbul, the country's most populated city.

Eroğlu admitted that Turkey did not have rich water resources and 73 percent of the water the rainfall brought was used for irrigation, calling on farmers to be more cautious in saving water.

Citing that Turkey was facing a drought, Eroğlu said his ministry was capable of addressing water shortages and confident of facilities they built to bring water to Istanbul from rivers in other areas. He said that with the end of the irrigation season for farmers after August, water resources will be stable and at an adequate level.

The minister said many cities in the country will not face a water shortage for at least five decades and they had ongoing projects for additional dams and other facilities to keep the water supply steady.