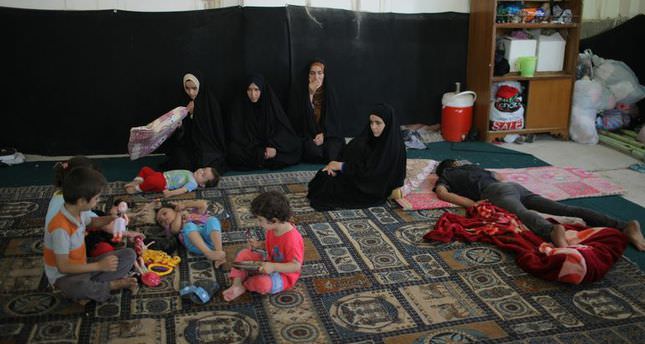 Turkey's leading aid agencies have sent a total of 109 trucks of humanitarian aid to Turkmen in northern Iraq since June, when attacks by ISIS militants caused them and other Iraqi's to leave their homes.

Turkish disaster and emergency agency, AFAD in cooperation with Turkey's international development agency (TIKA), Turkish Red Crescent have mainly been responsible for getting these humanitarian aid materials to Iraq.

In addition, Turkish Red Crescent has been sending aid to destitute people in Dohuk province, Erbil and Sinjar mountain in Iraq since the ISIS triggered a chaos in the region.

It has sent nearly 4 million Turkish liras of humanitarian aid ($1.9m) so far.

Turkish people, NGOs and companies also assisted these agencies to provide these displaced people that hope the crisis in their homelands to immediately end.

IHH, the Turkish humanitarian relief foundation, also working in Syria since March 2011 to provide shelter, food and health care for those who are displaced within the country and Syrian refugees, has reached aid to around 2 million Turkmen families affected so far.

In a last development as of August 7, AFAD began building a new refugee camp for 20,000 Iraqi Turkmen near Duhok.

More than 10,000 Turkmen families have fled their homes since the Islamic State began targeting Turkmen-populated cities in June, according to the International Organization for Migration.