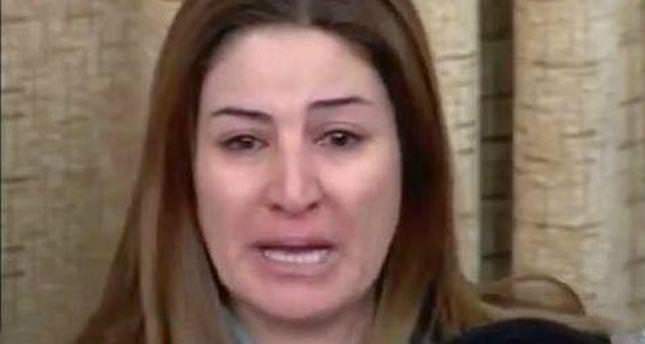 by Daily Sabah Aug 14, 2014 12:00 am
Iraqi Yazidi lawmaker Vian Dakhil, member of the Iraqi parliament has been brought to Istanbul on Thursday for surgery after being injured in a helicopter crash while carrying aid to trapped Yazidis on Sinjar Mountain in Iraq.

It has been reported that "Dakhil's condition was not critical and she had a surgery on her broken leg and will have another on August 14."

The pilot of the helicopter died while two NY Times journalists were injured and were also brought to Turkey for medical treatment.

Dahil was known with her recent emotional appeal to parliament where she drowned into tears on the plight of rescuing stranded Yazidis on the Sinjar mountain.