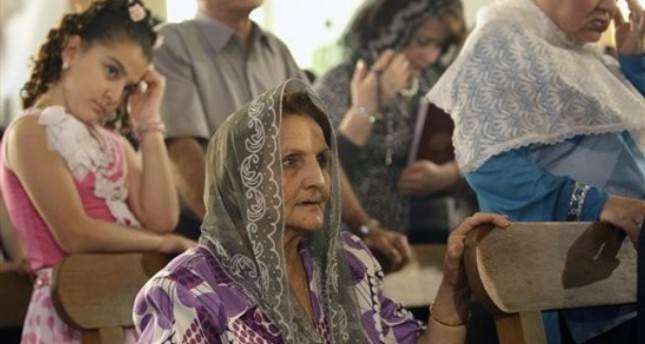 by AA Aug 15, 2014 12:00 am
The Yazidis' tragic ordeal has also brought the plight of another Iraqi minority, Chaldean Christians, to the spotlight. They turned to Turkey for assistance as ISIS violence left them displaced as well. Michael Dumand, a leader of Chaldean Catholic community in Paris, said both Chaldeans and Yazidis in the Iraqi province of Mosul and its vicinity suffered from "great oppression in the hands of ISIS," and are fighting for their lives against starvation and thirst in the mountains in which they took refuge.

Dumand said Chaldeans who managed to flee Iraq arrived in Turkey and France. He called on the international community to act swiftly for Iraq's
Christian community, and pointed out Turkey's "key role" in assistance. "We know how hospitable Turkey is. A large number of displaced Yazidis and Chaldeans travel to Turkey, and there will be more. We are confident that Turkey will embrace them and help them with their basic needs," he said. Chaldeans, whose number in Iraq is estimated to be 500,000, is among country's largest religious communities. There are about 50,000 Chaldeans living in Mosul and nearby provinces while the Chaldean diaspora in the world is concentrated in France, Turkey, Germany, the U.S. and Australia.
Last Update: Aug 15, 2014 1:22 am
RELATED TOPICS